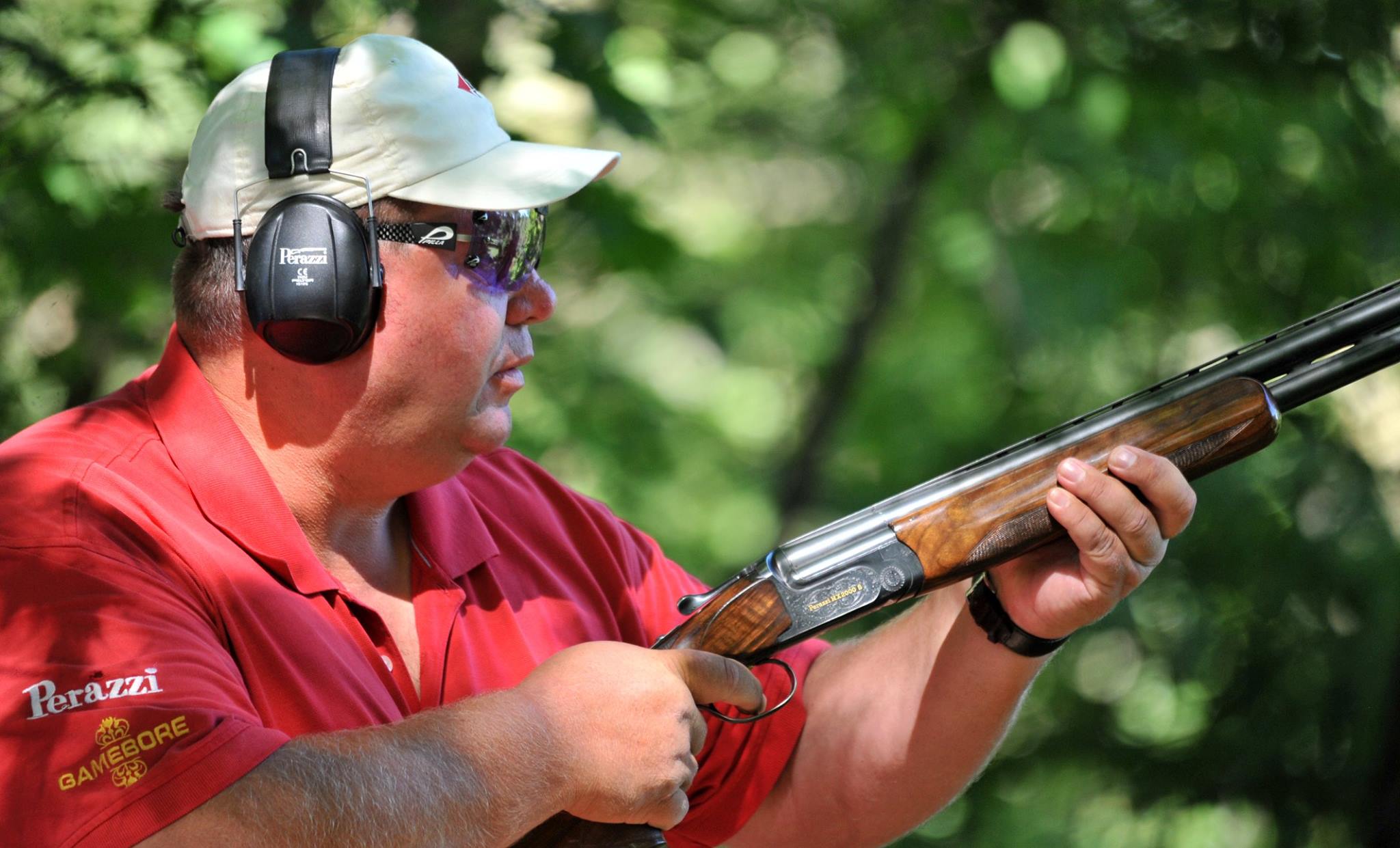 We spent the weekend at Garlands Shooting Ground in Staffordshire for the 2014 British Open Sporting and Sportrap Championships. The weather over the four days ranged from rain and high winds to glorious sunshine towards the end of the final day.

Steve Lovatt of The Clay Shooting Company had yet again set a course of targets worthy of a major championship shoot and we were proud to be associated with such a professionally run event.

The Gamebore trailer prominently positioned at the heart of shooting ground welcomed shooter after shooter over the four days. There were lots of happy faces, pleased with their performance on the clays, one or two were not so jolly after letting one too many get away - but one thing's for sure, as each one regaled us with the details of their day's shooting it was clear that the array of targets and the event in general had impressed - with many declaring it the best British Open event in years.

We saw some brilliant shooting by Gamebore shooters - notably George Digweed MBE who after putting in a score of 92 on the Sportrap course on Thursday returned to Garlands on Saturday for a tense shoot-off with Richard Faulds MBE, to decide who would be crowned 2014 British Open Sportrap winner. A crowd gathered to watch the battle, with Digweed proving victorious, beating Faulds by 1 target. Congratulations George!

The British Open Sporting had over 1000 entries over the four days, including shooters from overseas. Gamebore's Mark Winser who shot 108/120 on Friday, perhaps the windiest of the four days, said "I'm very very happy with my performance at the British open. The targets are fantastic! Steve Lovatt doing the business again! The wind will take at least 6 targets from you today but overall I'm very pleased to finish on 108 in those conditions."

Gamebore young shot Alex Wilkinson (pictured) was crowned Colt High Gun after scoring 87/120 to secure the top spot on the podium. Alex, a scholar in the Gamebore Clay Shooting Academy won the National School's Championship earlier this year, but declared the British Open win "by far my greatest result!" Our Commercial Director Paul James was extremely pleased to be able to present Alex with the trophy.

Ben Husthwaite put in a score of 112, finishing in 3rd place over all - but we take our hats off to young Brett Winstanley who secured the over all British Open Sporting Champion title with an amazing score of 116/120 that left many of the competitors speechless, but never one to be lost for words, George Digweed commented "Bretts score of 116 is completely and utterley off the planet! That's a phenomenal score, worthy of winning any championship anywhere in the world."

We'd like to conrgatulate all of the shooters who won titles at both events and thank the CPSA for giving us the opportunity to be part of this fantastic event.

We look forward to seeing Steve Lovatt again at the end of September for the Gamebore Gold Cup which promises to be an awesome end to the 2014 clay season - we hope to see many of you there!