Captain Jack at the Home Internationals 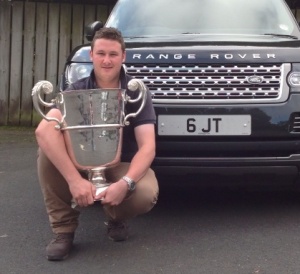 The Home International DTL championship brings together teams representing England, Ireland, Scotland, Northern Ireland and Wales to compete. Jack lead the England team to victory, leading by 24 points to scoop the coveted Nobel International Challenge Cup, a huge trophy engraved with the name of the winning captain every year since the 1930's - a long list that now includes Jacks name for 2014.

Bywell Shooting Ground played host to the action packed weekend that also included the DTL British Open - another contest between the 5 nations - this time competing for the Governer Generals Cup. Yet again captain Jack and the England team were victorious, winning with a score of 5770 ex 6000.

Massive congratulations to Jack and the rest of the England Team!