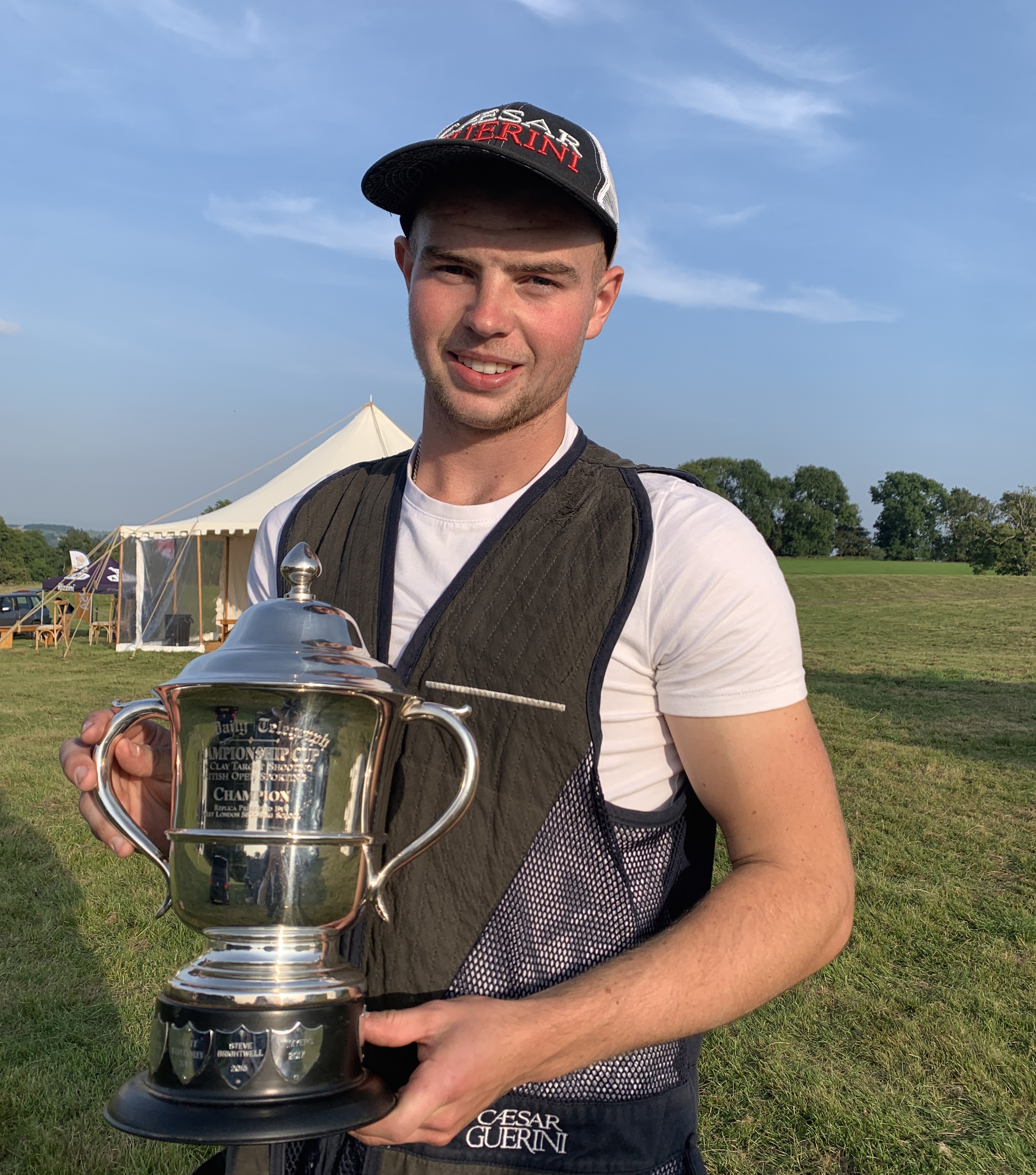 Gamebore shooter Brody Woollard (20) has won the 2021 British Open English Sporting Championship held at EJ Churchill at Swinton. This was an extra special victory for us to witness, having welcomed Brody to the Gamebore team in 2013 after seeing him keep his cool in front of the crowd in the final stages at the White Gold Challenge aged just 12.

He impressed us back then, and he did the same again on Sunday, this time with the backdrop of the rolling hills of Yorkshire's beautiful Swinton Estate, in front of a much larger crowd, and with a much more prestigious title at stake - the British Open English Sporting Champion!

He'd already bagged the Junior title with his incredible score of 72/75 in the qualifiers round, now he faced the challenge of the Super Six final shoot-off for the main trophy.

Brody joined James Attwood, Mark Winser, Sam Usher, Sam Green and Phil Gray who were presented with some pretty intense targets, and all six demonstrated some superb shooting in front of the captivated audience. Both Brody and Sam Usher put in a top score of 19/25 in the shoot-off, which combined with their scores from the 75, put Brody in the lead by 3 targets using White Gold cartridges, with Usher bagging the Silver medal, whilst Gamebore's Mark Winser took Bronze.

Taking place just a month before his twenty-first birthday, this was his last major championship as a Junior shooter and his epic performance has certainly paved the way for him as he goes in to the Senior category for next season.

We would like to congratulate Brody on this incredible achievement and wish him the very best of luck in his future competitions.

Full scores can be found here.